Articho controls how cardinal and ordinal numbers are written. Specifically, it can set the following types of rules:

To set these rules, select the Style Guide command, choose the Numbers drop-down option, select the desired rule or rules, and click on Execute. 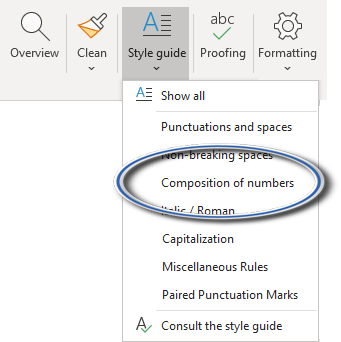 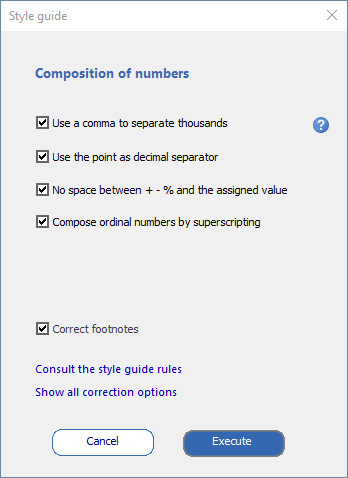 Using the comma to separate the digits of a number

This function suggests inserting a comma every three digits in numbers consisting of four or more digits. 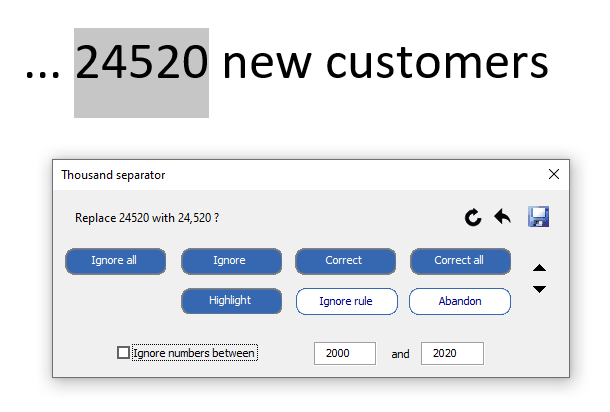 To use a non-breaking space to separate four or more digits, switch Articho to French via the Language command before executing the command.

You can also keep Articho from stopping on subsequent mentions of a year (e.g., 1789 in a book about the French Revolution) by clicking on Ignore all.

Using the period to represent the decimal

This function verifies that the period is used to represent the decimal. 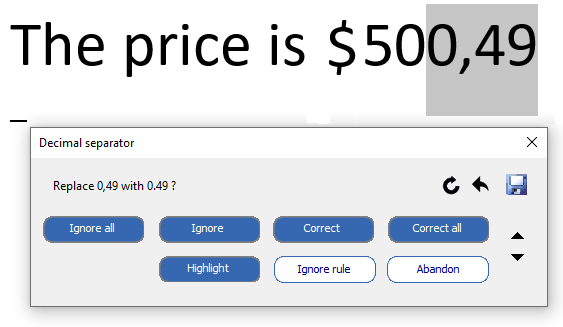 To use the comma to represent the decimal, switch Articho to French via the Language command before executing the command.

Articho controls whether or not ordinal numbers are superscripted (e.g., 1st or 1st), and how the ordinal is written (e.g., 2nd/2nd and not 2d/2d). 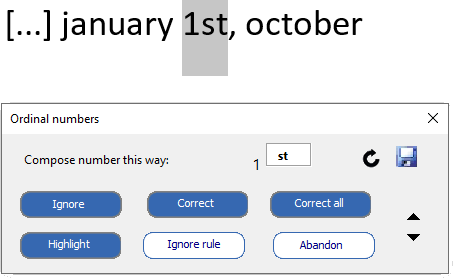